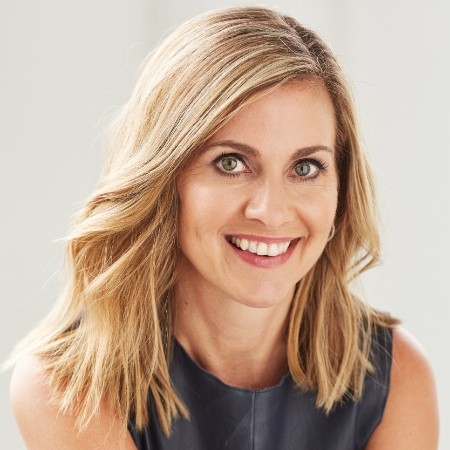 Julie Inman-Grant: “Australia’s eSafety Commissioner was established in 2015 and is Australia’s national independent regulator and educator for online safety. Our mandate is to ensure Australians have safer and more positive experiences online.”

How did you get involved in this industry?

Julie Inman-Grant: “I’ve been involved in the tech industry for a while. My path to becoming Australia’s eSafety commissioner saw me work as Microsoft’s lobbyist in Washington DC, then in Australia to start their corporate affairs function in the region. After a 17-year career at Microsoft ending as the global head of privacy and safety policy, I had two years at Twitter setting up and running their public policy and philanthropy functions in ANZ. I ten joined Adobe as their head of Government Relations across Asia Pacific. Nine months later I was appointed to become eSafety Commissioner of Australia.”

From that point, and over the past five years, I have had the honor of serving as Australia’s eSafety Commissioner.

I have seen the agency as well as the scope and volume of our work grow. I’ve seen some of the worst aspects of humanity in the reports we receive, but I’ve also seen the drive, dedication, and determination of a team that is determined to make the online world a safer place for our citizens.

What made you think of the idea/what inspired you to create your technology?

Julie Inman-Grant: “When I moved from the United States to Australia with Microsoft, I took on the role of “safety antagonist” inside the tech industry, working to dedicate more focus on online safety for our customers. However, it became clear that without executive-level buy-in and company-wide commitment, meaningful safety improvements would not happen unless there were severe revenue or reputational issues at play.”

“Since being at eSafety, we have spearheaded a global initiative called Safety by Design in conjunction with industry leaders and it can serve as that real catalyst for the change we all want and need.”

“Safety by Design shifts the technology ethos from “moving fast and breaking things,” or “growth at all costs,” to one that strives for innovation while making user dignity and safety a priority.”

“As part of this initiative, we have recently released two dynamic and interactive tools to help industry on its Safety by Design journey. The tools are freely available to startups, mid-tier, and enterprise companies that want to assess potential safety risks in their platforms and, more importantly, address any insufficiencies in design or built-in protections.”

How is this going to benefit people/society?

Julie Inman-Grant: “Safety by Design can help ensure the online world we depend on every day can be accessed safely. It is in our best interest to do everything we can to help the tech industry voluntarily improve its safety standards. Companies are better placed to assess and address safety risks within their own platforms, and it’s more cost-effective than a government body dictating fixes. We understand that exposing these safety risks can tarnish company reputations and negatively impact the bottom line, so we use an independent third-party privacy and security assessment to protect industry confidentiality.”

“A little more than a half-century ago, the auto industry was in a similar position and pushed back on embedding seatbelts. Today, manufacturers are held to international standards regarding safety features like anti-lock brakes and airbags. Research dollars are dedicated to innovation in vehicle safety and have proven to be an important market differentiator for car manufacturers.”

“The internet has become an essential utility, with the tech giants providing both the “vehicles” and the online “highways.” But if you build these digital highways, you should also build guardrails, install stop signs, and, in many cases, police the roads for dangerous drivers. Otherwise, our citizens become the online casualties.”

What’s innovative about your company and technology?

“These free interactive assessment tools can be used by organizations anywhere in the world. They are part of a global effort in the fight to minimize online threats.”

“eSafety was the world’s first online regulator, but things are changing. Ireland has announced its own Online Safety Commissioner, Fiji has already established its own, and the UK is considering an online safety bill. We’ve had a number of conversations with nations like Canada and across Asia Pacific about setting up their own national online safety regulators.”

How, in your opinion, has your industry changed in the past five years?

Julie Inman-Grant: “The eSafety Commission recently turned six years old. When I became commissioner, we had two regulatory schemes (cyberbullying and the Online Content Scheme) with a few solid education programs. We weren’t very well known, and it took some time to achieve some breakthroughs.”

“Our focus back in 2015 was solely on abuse taking place on social media.  We know online threats are proliferating on any platform that stimulates social interaction, whether through video conferencing, private messaging services, dating sites, or online gaming platforms.”

“It’s also true that six years ago the world was very different, and we’ve seen significant increases in online abuse in the form of racism, misogyny, hate, misinformation, disinformation and increased polarization in the face of COVID-19.”

“We have also experienced a number of paradigm shifts that have altered our course. The Christchurch terrorist attacks saw us develop a new function of limiting Australians’ access or exposure to material promoting, inciting, or instructing terrorist acts. This function provided us with the power to block sites during an online crisis event to prevent abhorrent violent material from going viral.”

“We were also granted the power to put a website or content host based anywhere in the world on notice that they are involved in sharing such material.””

What has COVID done to your company/industry? Has it been affected? Does your solution assist with the pandemic?

Julie Inman-Grant: “The Covid-19 Pandemic has supercharged online threats in ways we weren’t entirely prepared for, and in Australia we’ve seen spikes across all our reporting areas.”

“During 2020 our investigators received 21,000 public reports, the majority of which involve child sexual abuse material. This was the most in the scheme’s 20-year history and a 90% increase compared to 2019.”

“We also saw a 114% increase in reports of image-based abuse or the non-consensual sharing of intimate images—with 30% of these reports coming from minors.”

“Our experiences during COVID-19 were mirrored by investigators around the world. In research we commissioned, many agencies, hotlines, and police forces reported unprecedented increases in reports about child sexual abuse material, online grooming, activity in online abuse communities, online risk-taking by minors, and live streaming of abuse material.”

“Sadly, these elevated levels of online abuse have shown no signs of abating in 2021. What we are seeing represents an alarming new normal, especially in the fight against the spread of child sexual abuse material.”

Describe the future of your industry. What does the future hold? What is society going to look like?

“I think it’s also fair to say that we’ve seen the tech platforms fall out of favour with the public in the past few years.”

“They are no longer viewed as purely benevolent vehicles to help people connect, but rather enormously powerful businesses that want to protect and grow their revenue no matter the societal cost.”

“More and more governments around the world are looking to our model as a means to begin reining in their influence and power.”

What plans do you have coming up?

“While countries around the world look to take their first tentative steps towards online regulation, Australia is again leading the world in this sphere.”

“This new Act builds on the strengths of our existing legislative framework to provide eSafety with expanded powers to better protect all Australians.”

“For the first time anywhere in the world, eSafety will formally begin operating a new program to protect against adult cyber abuse that is modeled on our program that protects young people from cyberbullying. It will include significant financial penalties for perpetrators, so trolls will no longer feel safe to perpetrate abuse and online hate with impunity.”

“Our ability to fight the scourge of child sexual exploitation material online will be significantly boosted with the modernization of our Online Content Scheme, giving eSafety the power to tackle this distressing content no matter where it is hosted.”

“The new Act will commence in early 2022, with new industry codes expected to be developed within 12 months. We have a lot of exciting work to come in getting ready for the commencement of the new Act!”

What would your advice be for people trying to get into your industry?

Julie Inman-Grant: “The online safety industry is going to become increasingly important as we learn we can’t just legislate or regulate our way out of online harms. We also have to work with industry and encourage them to lift their safety standards and alter their ethos of product design to put the safety and well being of their users at the forefront.”

“A lot of what we see play out online is rooted in human behavior. Regardless of the powers regulators are given, we’re not going to necessarily be able to tackle the cultural ills of misogyny, racism, and hate that exist underneath the surface in society.”

“We need the entire online community, the entire tech industry, and all of government response to tackle online harms, and eSafety plays a very specialized role in this bigger picture.”

“Playing a role in any organization working to improve online safety is a challenging and rewarding experience.” 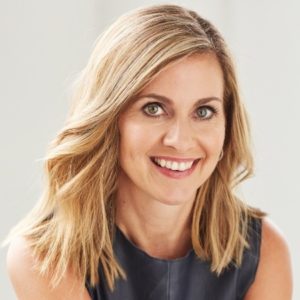 Julie Inman Grant is Australia’s eSafety Commissioner. Inman Grant’s journey to becoming eSafety Commissioner started in the United States, first working at the intersection of technology and policy in Congress, followed by more than two decades of working in the technology industry, including stints at Twitter and Adobe. Inman Grant was one Microsoft’s first lobbyists to engage Congress on the Department of Justice’s antitrust concerns and organized the first White House Summit on Online Safety when the internet was in its infancy. You can find more information, including access to the Safety by Design tools, at www.esafety.gov.au