Notice: Undefined index: HTTP_USER_AGENT in /home/techinsi/public_html/wp-includes/vars.php on line 147
 Is the Birth of the Air Taxi Industry the Future of Travel? - Tech Inside Out
Home
Inside 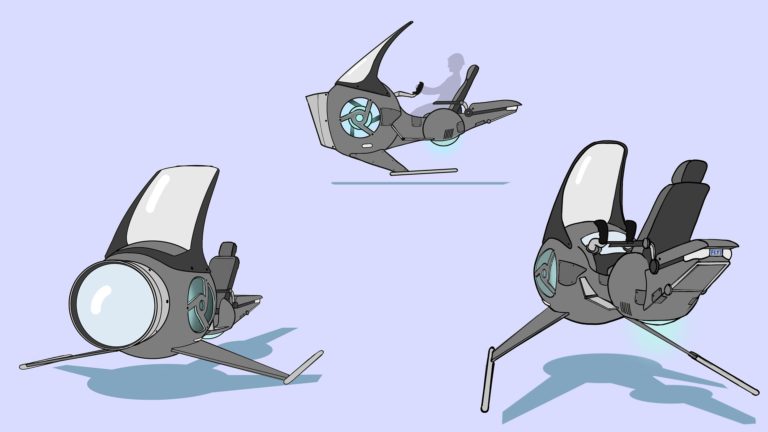 What was once science fiction is becoming a reality. Many sci-fi shows and novels feature new and exciting modes of transportation. One of the more popular genres of travel depicted is the flying car. From the Jetsons to Star Wars, flying cars have fascinated entire generations. A version of the “flying car” called “air taxis” may soon become a reality.

Horizon Aircraft (an advanced aerospace engineering company from Ontario, Canada) has developed the Cavorite X5, the world’s first eVTOL (Electric Vertical Takeoff and Landing.) Although this may sound like something out of the future, it’s not that complicated! It is pretty much what the name says—an aircraft designed to hover, take off, and land vertically using electric power!

However, the future of air taxis depends on many factors. Of course, the number one factor for operators and manufacturers is the safety of these new modes of transportation. For these vehicles to become commercially viable, they will have to be approved by regulators. Horizon Aircraft is heavily involved in the global research for eVTOLs and addresses the concerns for operational and manufacturing safety.

A study by Horizon gathered data from ten countries across North America, Oceania, Europe, Africa, and Asia, and found that 65% of adults would like to fly in eVTOLs. The study also concluded that this percentage reflects those who want to see safety regulations approved by regulators in their own countries before consumer use is given the green light.

The study also found that 61% of respondents would use flying taxis in other countries if regulators approved them. 87% of UAE residents and 82% of Indian citizens would fly in air taxis approved by their own country. However, 88% of South Africans responded that they would have more trust in other countries’ regulations for the safety of air taxis.

The study found that only 16% globally would not use an air taxi, even if they are approved in their own country, while 20% remained unsure. These figures also reflect the hesitancy of those against using them in other countries, with 18% against and 21% uncertain.

Safety Is the Most Significant Deterrent

Three out of four surveyed (76%) in the study felt that manufacturers would have to address safety issues before they would consider using an air taxi. Furthermore, 69% surveyed wanted reassurance in regards to the training of air taxi pilots.

Q&A with Ian Todd, Director of Automated Parking at Westfalia

The study revealed that 47% surveyed had concerns about the cost of taking an air taxi, with another 38% unsure about the comfort during the flight and 43% concerned about the environmental impact air taxis would have.

The research carried out by Horizon indicates widespread support for the eVTOL industry, thus showing signs for how it will affect the job market. Nearly 77% feel that this industry will positively impact employment.