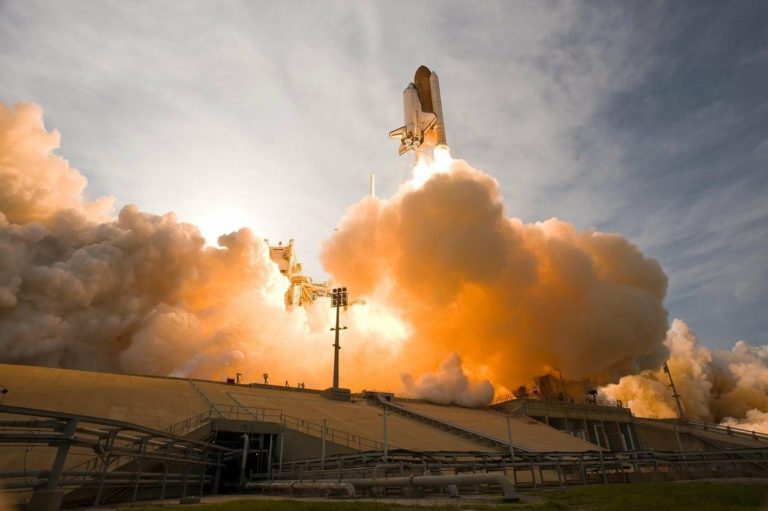 While the UK government’s plans to go big about science is commendable in intent, a lot remains unanswered in terms of planning.

The UK government’s ambitious plan to become a science superpower has inched a bit closer to fulfilment. Boris Johnson announced his plans to leverage breakthroughs made in the fields of technology and science in Britain through a programme that would conduct research in areas that would be beneficial for the public. The announcement was in line with Britain’s ambitions of becoming a global power in science by capitalising on its successful Covid-19 vaccination drive.

The chief scientific adviser to the government, Sir Patrick Vallance, also the national technology adviser, will be investigating whether its successful vaccination procurement programme could be used to produce similar outcomes in other fields of technology.

What is the new council?

For this purpose, the National Science and Technology Council has been formed, which would be chaired by the prime minister. The council has been tasked to provide strategic guidance on how science and technology could be harnessed to deal with challenges facing society. The Office for Science and Technology Strategy will function out of the Cabinet Office and will direct the government’s efforts towards these areas.

While at the heart of this ambitious plan is a desire to make the UK a science superpower worth reckoning, there are also concerns about whether it is practically achievable. Research budgets would now have more political control, and that could lead to money being allotted to pet projects instead of being spent on those independently identified by experts, as is the norm currently.

The stated objective of the Office for Science and Technology Strategy (OSTS) would be to drive the government’s research priorities and to identify the necessary resources that could be tapped to utilise the country’s capabilities.

What will it do?

Johnson’s office said that the purpose of the group was to increase prosperity around the world by using science and technology as strategic tools that can help combat societal challenges. Johnson has long been focused on the success of the vaccine task force, led by venture capitalist Kate Bingham. The task force had the power to operate with relative autonomy from the civil services.

Bingham’s team helped secure millions of Covid-19 doses for the UK, which led to the UK beginning its vaccination programme ahead of several nations. Other aspects of the government’s Covid response, like huge sums spent on buying protective gear from newly formed suppliers, have been heavily criticised, saying there was a need to investigate how public funds are spent.

Sir Patrick said in a statement that this new council would keep science and technology at the heart of policymaking. Johnson has said that just as the vaccination drive could be scaled up from discovery to delivery, the same spirit would drive the new council. He said that with the right kind of backing, decisions, and speed, the UK would be able to change lives not only domestically but also across the world, and the reason to form a new council was to tap into the UK’s limitless potential in research and technology.

OSTS’s first task would be to study what kind of technology the UK should prioritise and back for strategic advantage.

The private sector provides most of the funds for Britain’s research and development. In 2018, the overall investment was 1.731% of the UK’s gross domestic product (GDP) as per data from the Organization for Economic Co-operation and Development, which was much below the average of 2.419%.

However, Johnson’s ambitions have been viewed with doubt by the scientific community. In March this year, Adrian Smith, the president of the Royal Society, said that there was a big gap between the aspirations of becoming a science superpower and providing the required resources to do so.

Scientists have expressed concerns that the government would slash the yearly science budget by up to £2 billion to fund the UK’s participation in Horizon Europe, the EU’s R&D programme, which is the same as a 20% cut. Before Brexit, the Treasury paid for it as part of the UK’s contribution to the EU budget.

Brexit has caused profound damage to the UK’s relationship with its neighbours. The pursuit of scientific knowledge is heavily dependent on collaborating with peers across the globe. Though the UK managed to retain participation in Horizon Europe, Britain must put forth efforts to heal the scars of Brexit.

The geopolitical tension arising between China and Western nations is another cause of worry. Western countries are now pushing for their strategic autonomy and also looking to secure themselves from theft of intellectual property. Scientists believe that both Covid-19 and the threat of climate change cannot be addressed adequately by the scientific community by keeping China out.

Smith had also pointed out that despite the prime minister’s genuine drive to achieve net-zero targets, the actual progress could be slower because of the scale of the crisis, as commitments need to be backed by the required money, behavioural changes, and science. To replace the UK’s central heating boilers, an army of technicians would be needed, and there are no plans on how to dispose of the millions of boilers that are being removed.

Similarly, regarding the newly formed council, experts are once again in a fix. Some believe that ministers and civil servants would play a bigger role in deciding the priorities rather than who are doing the research themselves, who have much better technical expertise in the subjects. They are also worried about what part of the extra investment promised by the government would be diverted to Whitehall projects and how much would go into university research funding.

While the UK government’s plans to go big about science is commendable in intent, a lot remains unanswered in terms of planning. Ambitious dreams need a specific plan of action to see fulfilment. The UK’s achievements in the vaccination drive are commendable, but to extend the benefits to other fields would need meticulous planning, greater autonomy given to experts, and most importantly, enough funds. It is to be seen how Boris Johnson walks the talk.

With his knowledge, skillset, and overarching vision, Kunal established one of the fastest growing equity market research firms across Australia in year 2014; and subsequently, in other emerging and developed markets – Kalkine – A business that is based on Digitally Powered Architecture and Extensive Data Science led Premium Research. Kunal’s entrepreneurial and commercial skills backed by the passion to establish a tech-empowered research platform, helped in building Kalkine’s global presence across diverse geographies – Australia, New Zealand, Canada, and the United Kingdom. Further, the plans for the US launch in 2021, have set the premise for attaining an all-encompassing client reach for Kalkine’s Subscription and Media Operations.

With a Master of Business Administration degree from University of Technology, Sydney; Kunal’s business acumen has enabled his brainchild, Kalkine, help clients navigate through equity related matters in a proficient and seamless manner.