Green Investment Apps to Fight Climate Change, But Do They Have Enough Data for It? 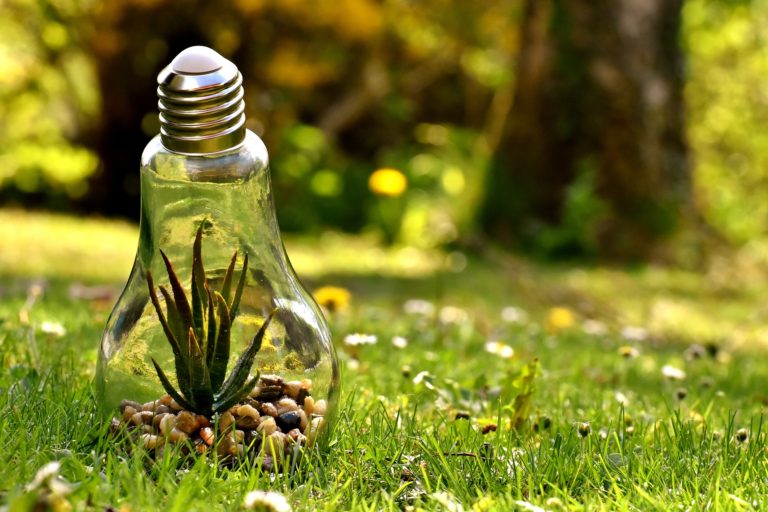 Investors use these ESG ratings, which companies receive on the basis of a range of related environmental, social and governance issues.

In the last few years, awareness around global warming has increased greatly. Government policies have been reoriented to focus on ways to curb global warming. A unique way of doing it has been through green investments that channel money towards a sustainable future.

However, making a sustainable investment may not always be as easy as it sounds. Because there are very few options available in the space, comparing products also can become difficult. Several companies can promise to have sustainable operations but may not do so in reality, creating another hindrance to green investments.

Buzz around environmental, social, and governance (ESG) investment has gathered momentum in the last few years. Much money has gone into funds that had appropriate certifications and high ESG ratings.

Investors use these ESG ratings, which companies receive on the basis of a range of related environmental, social and governance issues. However, firms giving these rankings most often use different methods to arrive at these rankings, making one method more rigorous than the other. Thus, it makes it even more difficult to compare such rankings.

Often, these rankings are less about helping identify clean investments and more about screening out the companies affecting the environment negatively.

These rankings of companies are on the basis of their combined performance in three of the respective areas, which also does not allow investors to get a correct picture of environmental performance specifically.

Some innovators and entrepreneurs have come up with apps that help to streamline the process. Clime8 is an app that helps people invest in businesses that are sustainable. It has been able to raise about £6 million and has received commitments from Channel 4 Ventures worth £2 million to aid its growth.

Another app called Sugi attempts to cut through the clutter by providing comparable rankings that show what amount of carbon is being created through one’s investments every year. The ranking can be linked to the customer’s portfolio for personalized estimation of their fund’s annual total carbon cost. It would also provide the customer with the equivalent number of trees lost, the data for which would be provided by the Trucost environmental data company.

All these businesses are part of a new startup wave that is trying to help people make an impact with their money and not just earn a return on it. There are others as well, like Tickr, which creates a portfolio of stocks for investors keen on impact investing.

As a business model, sustainable investing is valued globally at over $30 trillion. With increasing awareness, there has also been a rise in demand for ethical investing options both among institutional and individual investors.

Are these apps enough?

In a survey of over 26,000 people conducted by investment firm BlackRock, as many as 85% of individual investors have said that they wanted to make a positive difference with their money. Climate was considered to be one of the most important factors.

Clim8 provides a basket of 400 curated stocks to its customers, which include 40 high-conviction ones making a difference to the planet. Duncan Grierson, the app’s founder, believes that the ability to use one’s investments and savings in a meaningful way to help make a difference was empowering.

Nevertheless, despite all the work being done in this field, individual investors still struggle to ascertain whether their investments are eco-friendly or not. This creates a lot of confusion because there are too many ways to measure ethical investment. One of the reasons for such confusion is the absence of a proper definition of terms like ethical or green finance.

Is the climate crisis being addressed?

These app developers are trying to move large amounts of money away from companies that do not impact climate change favorably. However, it is also important that investors actively tackle the issue rather than only limiting damage.

In February, an important European Union regulator demanded that agencies providing ESG certifications and rankings should be better regulated.

Sugi’s founder Josh Gregory believes that the app democratizes access to data on environmental impact and covers both investment funds and individual company shares. Gregory admitted that though there is a lot of passion for green investing, doing so correctly would be difficult because the existing tools for it are not adequate.

According to current research, the existing investment portfolio is aligned, on average, with about 3 degrees of global warming this century. Tests done by Sugi on several portfolios showed readings around 4 to 5 degrees. As per the tenets of the 2015 Paris Agreement, world leaders had committed to limiting it to 1.5 degrees.

Sugi collaborates with brokerages to give investors a measure of carbon emissions that their portfolio entails. It has also developed a tool that would measure the forecast on global warming for investment portfolios.

Gregory said that when the app was launched, there was a buzz created because nobody was disclosing sustainability-related data. He said that even now, asset managers on the institutional level are reluctant to share the temperatures to which their funds contribute. Several of the temperatures of some portfolios were found to be still quite high.

Apps like Clime8 and Sugi aim to make a clearer climate impact by pushing investors towards greener options and help retail investors to contribute towards healing the environment rather than just limiting the damage. Such entrepreneurs, however, are limited by the lack of relevant data sets. There need to be more details on the methods used, for example, to calculate carbon costs.

ESG can also be misleading at times to investors. By bracketing everything together, these rankings obscure the impact of each category unless studied minutely. For example, scoring high on governance parameters could even out a weak environmental scoring.

Sugi does not include carbon offsets, which is favored among Big Tech companies in its measurements because the electricity it generated nevertheless in turn generates carbon. Though these might get offset somewhere else, they still produce carbon which is harmful for the environment. Many Silicon Valley big guns end up with poor ratings because experts believe that emissions have to be totally reduced to be able to address the climate crisis.

Future of these apps

For these apps to work and create the desired impact, it is important to have the backing of good data. In the absence of rigorous evaluation methods, these kinds of innovations that want to make a positive impact do not end up seeing enough success.

The world has reached a stage in the climate crisis engagement, where limitations placed on impact would not be able to make any credible change to the situation. It is now equally important to direct resources towards making a positive impact on the crisis. This is impossible to do unless money is diverted away from unsustainable business practices.

To divert public money towards greener alternatives, there needs to be enough data on what constitutes green and what the parameters are on which investment portfolio is considered greener over the other.