Opinion: Google takes AI a step ahead with new health tool but is it accurate? 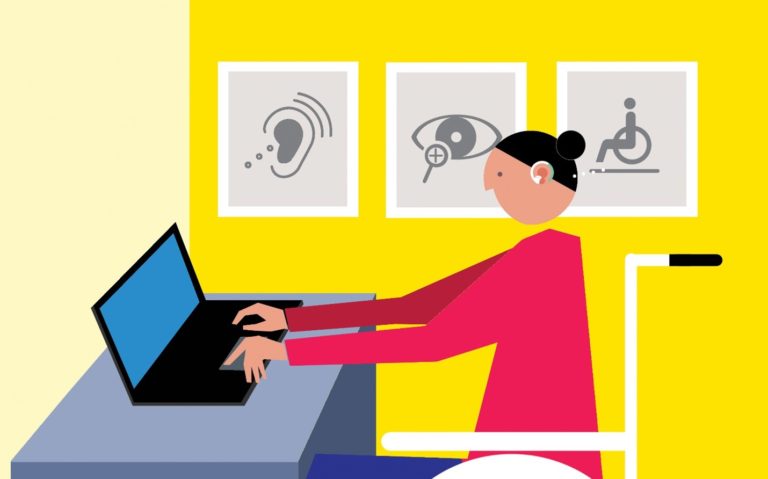 Google has tried to unlock a better way to keep users informed about their health.

Taking artificial intelligence (AI) a step further, Google announced that its recent foray into healthcare is an AI-powered web tool that would enable users to identify skin conditions. AI has the power to treat diseases and provide better care in various ways, like help in efficient detection of tuberculosis or providing better screening for breast cancer. Combining these aspects of AI with technological advancements, such as cameras in smartphones, Google has tried to unlock a better way to keep users informed about their health.

According to Google, the tool would not be replacing medical dermatological diagnoses but would help to provide suggestions to anyone seeking to gather some quick information on skin issues before consulting a specialist.

In a blogpost, Google said that ten billion annual Google searches include queries involving hair, skin, and nail and as many as two billion people in the world deal with dermatological concerns. There are many specialists out there, though, which is why the first step to getting help, at least for some people, is a Google search. However, it could get difficult to describe in words what one sees on their skin.

What is this tool?

With the new tool, one can use their phone’s camera to click the area of concern, e.g., a swollen leg. They would then have to answer a number of questions about other symptoms and skin type. Google will then compare the clicked image with its database of pictures on skin-related issues. According to Google, the tool would be able to collate data from its knowledge set of 288 conditions and come up with a list of similar conditions, which the user can then study further.

The assistance tool is a web-based application that is expected to be launched later this year. It helps resolve commonly asked queries with pictures of similar conditions and thereby helps users gauge the urgency of the problem.

Google said that the tool was the result of more than three years of product development and machine learning research. It said that to date, it has published various peer-reviewed papers that lend support to its AI model and that more are in the works.

Google has based the assistance tool on 65,000 pictures from clinical settings. The tool considers factors like sex, skin type, age, and race while giving suggestions on possible conditions.

While being applied on approximately 1,000 pictures of skin-related issues from a varied set of patients, the tool was able to identify the right condition in its top 3 suggestions 84% of the time. It also provided the correct condition as a probable issue some 97% of the time.

A key aspect of developing such kinds of AI tools is that researchers would study and assess the accuracy of the machine learning programme and would want to ascertain how accurately the tool can match an unknown image of a random skin issue with an already established problem. Despite peer-reviewed papers, Google has not yet made data public on the AI tool’s latest iteration.

These kinds of AI tools, however, do very little to inform what users are doing with the information. Without focusing on that aspect, it would be very difficult to conclude whether these AI tools achieve their stated aim of taking the load off dermatologists by providing access to relevant information. There may be increased evidence for the demand for such tools, but there is no evidence on whether they are actually helping the situation.

There is also an information gap between feedback on the information received by the users of the app and the steps they subsequently took, such as going to the emergency room or getting help based on their family physician’s suggestions.

Several studies have tried to find answers to these questions by following up with about 150,000 people who used a separate medical chatbot application. Researchers studied what people said about how likely it would be for them to have visited a doctor before using the application and how likely they were to seek professional help after seeing the suggestions provided by the app. Almost a third of the sample size said they would opt for less urgent care and perhaps wait to visit a primary care doctor instead of visiting the emergency. Only 4% would opt for urgent care more often than before using the application.

The findings of these studies, however, turned out to be counterintuitive in a number of ways. Several doctors have pointed out that these kinds of applications can cause people to seek unnecessary treatment, which could overburden the health system. However, the study showed the opposite. It also showed that accuracy was the key, and if not done carefully, getting people to postpone treatment could be a problem.

Google plans to conduct extensive follow-up research for its AI application. This would include a partnership with Stanford University to evaluate the application in a health setting. Lily Peng, Google’s product manager, has said that the company would be monitoring how accurately the algorithm performs. The company has made no announcements to conduct research on what people did after using the application.

The absence of enough data on how people use information from these applications leaves a gap in the understanding of how these tools change the way they manage health. Apart from the question of whether people can accurately interpret the system and use information correctly, there is also no clarity on whether they actually respond to the information the application is providing them.

Google claims that the study it conducted, which was featured in Nature Medicine, proves that its AI system could have an accuracy rate that would be equivalent to a US board-certified skin specialist. It also said that its recent paper in JAMA Network Open showed that non-specialist doctors could also use AI to better interpret skin-related issues.

Data on what groups of people do with the information provided by these applications could also help give both doctors and developers a complete picture about the tool they are developing.

People who have the resources can more easily check with a specialist about a skin condition. For those who do not, however, they may be forced to rely on the app and that makes the job of developers even more crucial. It also puts the onus on technology companies to do their research and homework correctly so as to ensure that the vulnerable are well-protected.

Though AI has progressed leaps and bounds in the last few years, it still has a long way to go in terms of being entirely reliable. In fields that it is being implemented, such as health, lives are directly dependent on its accuracy. More research and data would be necessary for it to be able to significantly change lives for the better.

Kunal Sawhney is founder & CEO at Kalkine. He is a richly experienced and accomplished financial professional with a wealth of knowledge in the Australian Equities Market. Kunal obtained a Master of Business Administration degree from University of Technology, Sydney. He has an extensive expertise in quantitative and qualitative stock selection practices, and he proficiently navigates on equity related matters while enabling them achieve success in complex market conditions. Kunal features as a guest speaker at various equity research platforms and news channels on a regular basis, sharing his valuable insights on the subject. His firm provides holistic view of stock investment recommendations to retail investors with respect to financial performance, strategy, and industry catalysts. The firm looks for stocks that are out of favor with the market and a combination of tangible and intangible aspects is used for stock picking with a great focus on income and growth portfolios. Kunal is featured regularly on CNBC, Sky Business, Sydney Morning Herald, Australian Financial Review, Yahoo Finance, Bloomberg, Global Banking and Financial Review and many more.