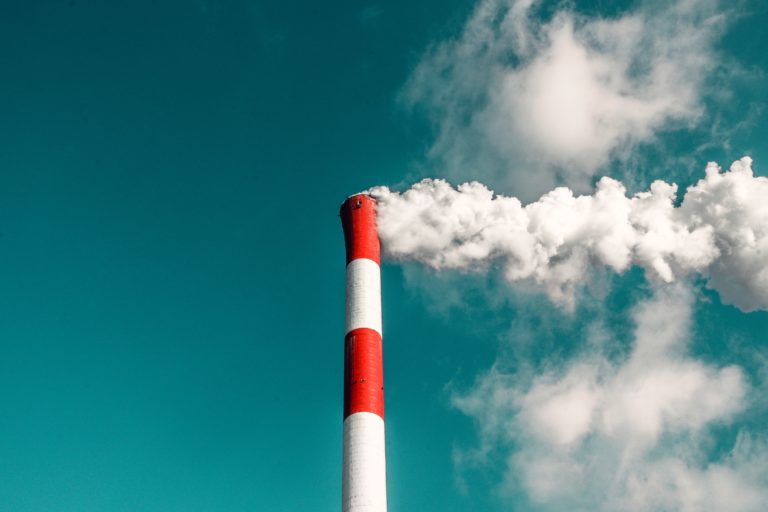 The threat posed by the carbon emissions on the environment and climate change is driving the adoption of technologies capable of capturing and eliminating greenhouse gas emissions. The global climate emergency is putting policymakers and corporate honchos under immense pressure to deliver on promises made under the Paris Agreement to avert the adverse effects of climate change.

Carbon capture, utilisation and storage (CCUS) technology is designed to capture carbon dioxide from energy-intensive industrial activities such as power generation or manufacturing, which primarily use biomass or fossil fuels. The captured carbon dioxide, is compressed and transported through pipelines, ship, rail or truck to be used in various applications, or is stored underground in depleted undersea oil reservoirs.

According to a report by the Credit Suisse Group, widespread use of these tools to cut down pollution from heavy industries is expected to drive the global carbon capture technology market to cross $2 trillion. In the past year, carbon emissions have more than doubled and prices are set to reach EUR100 ($118) by 2025. Rising carbon prices and increasing governments initiatives to reach net zero emissions is expected to push the carbon capture technology to the mainstream. In Europe, the cost of carbon emissions has never been higher and is poised to grow further, creating a tipping point where only preventing emissions becomes a viable and economical option.

Carbon capture technology is already in use in Australia and North America, and several large projects are currently underway in Norway, the UK and the Netherlands.

A growing portfolio of CCUS projects across the globe is driving new developments as well as refinements in the technology aimed at lowering costs and supporting scale-ups. The technology is not new and has been historically used in several industries. Globally, some carbon capture facilities have been operating since the 1970s-1980s. However, high cost is a key deterrent for its widespread adoption across industries and countries. According to the International Energy Agency (IEA), it costs as much as $120 per ton in power generation and cement production. However, costs may not be fixed based on industry and depend on the project location and technology used. At present the cost of pollution permits is nearly EUR 55 euros per ton.

The total number of planned CCUS projects globally has increased six-fold since 2019 to 300, as per a report by Wood Mackenzie. By 2025, carbon emission prices may soar to reach EUR 100, according to Bank of America. Additionally, continuous rise in carbon prices, may drive some sectors using natural gas to capture emissions instead of paying up for permits to release them.

The Netherlands, Norway and the UK lead the way

In Europe, the Netherlands and Norway are spearheading the adoption of CCUS systems for the ethical capture of emissions. The UK is expected to follow suit. In 2021, the Government of the Netherlands announced spending $2.5 billion for the first large-scale CCS project in Europe. Norway, on the other hand, is investing $1.9 billion, and the UK has announced investments of $1.4 billion over the next 10 years for the development of four carbon capture technology centres.

These three countries that surround the North Sea have been engaged in fossil-fuel exploration and production. Interestingly, investment by the UK oil and gas companies for exploration and production activities in the North Sea in 2020 declined to the lowest levels since 2004. In order to ensure continuity of activity in such industries, integration of carbon capture technology would serve as an ideal solution, as climate regulation and targets tighten.

The UK demonstrates the most ambitious climate goals among the G-20 nations, targeting a 78 per cent decrease in carbon emissions by 2035. The country is funding two industrial hubs, where power generation and heavy industry can use carbon capture and storage by 2025, followed by two more industrial centres by 2030. The initiative would eliminate about 10 million tons of carbon dioxide from the atmosphere annually.

The UK’s largest planned project at Drax Group’s biomass station would be profitable using carbon capture technology, with the rise in power and carbon emission prices, according to a study done by Credit Suisse. The project is expected to commence in 2027 and slated for completion by 2030. It is expected to store and capture about 8 million tons of carbon dioxide annually.

According to Wood Mackenzie, around 33 gigatons of carbon was emitted worldwide in 2020. The incumbent operational CCUS projects were able to capture only a small fraction, around 40 million tons, of the total emissions. There are 19 large carbon capture and storage facilities currently in operation and about 32 in the development stages. Commencement of these CCUS facilities is expected to increase the total carbon capture and storage capacity to 100 million tons.

How effective is the carbon capture technology?

Several industry players and analysts remain divided on the industrial effectiveness of the carbon capture and storage technology. For instance, Chevron’s $54 billion liquefied natural gas plant project in Australia managed to capture only 30% emissions over the past five years, as compared to its earlier guidance of 80%.

Some industry participants believe that apart from the robust and large-scale adoption of the technology, the industry needs to inculcate some additional functional and operational changes so that novel carbon capture and storage technology can function effectively. Royal Dutch Shell Plc collaborated with Ineos Grangemouth Ltd., for the Acorn project in Scotland, slated to commence in 2027. The carbon capture system created by Aker Carbon Capture ASA is priced in the range of EUR60 to EUR120 per ton, which implies that the technology may be reaching a crossover point.

Carbon prices in Europe are slated to surge as the EU tightens laws on the industry to lower pollution by around 55% by 2030 compared to 1990 levels. However, on account of high initial costs of the CCUS technology, there is no common consensus on the price that will prompt payers to control greenhouse gas emissions into the atmosphere. Thus, the carbon capture technology needs to be priced competitively by 2030 to increase deployment rates, thus enabling nations to address their net zero targets. Widespread implementation of these emission control systems is expected to cut down industrial emissions by around 46% by 2050.