Post Brexit and Covid-19, How the UK Tech Sector Is Paving Its Way Ahead 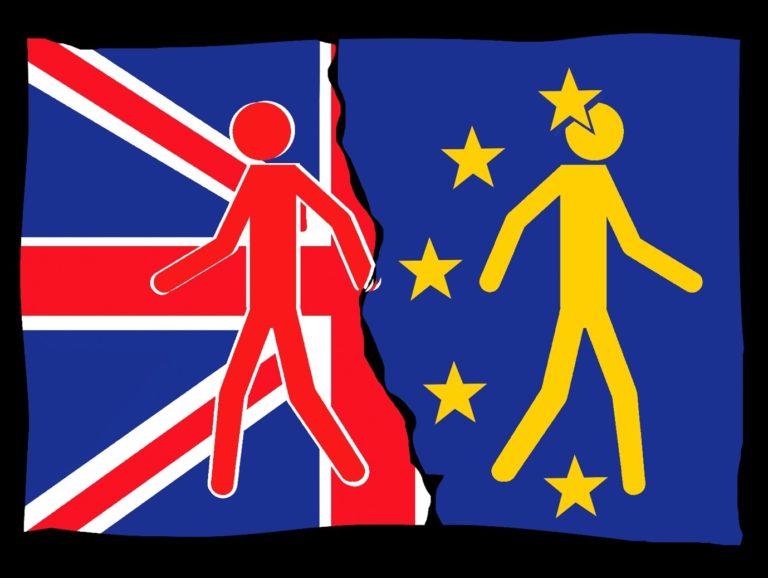 Following Brexit, Boris Johnson’s government is trying to devise its own plan for digital regulation.

Several studies have established that Brexit and COVID-19 have dealt a double blow to the United Kingdom, slowing its economy after many businesses moved their operations to the European Union. UK companies are now witnessing changes such as new access rights to the EU market, which has impacted their revenue despite the no tariff regime. Also, the supply chain has become complex due to customs inspections.

But the digital sector had a different story to tell. The sector did well during the pandemic months as companies drifted towards mobility, remote working, cloud platforms and other tools.  Despite Brexit, the tech industry was not ahead of its rivals in other European countries, but the gap has been widening since then. Britain is at an advantage as it is aided by an incredibly high-level of productivity as a whole.

The sector received record investment both in 2020 and 2021, which was the third highest in the world. In 2020, UK tech received a whopping investment of $15 billion despite the uncertainties and slowdown. In Q1 2021, the high-growth companies in the sector sealed 475 deals worth £4.45 billion, data from Beauhurst showed. Besides, M&A deals also increased 28% in Q1 2021, as compared to Q1 2020.

Following Brexit, Boris Johnson’s government is trying to devise its own plan for digital regulation. The Cabinet has recently proposed a major new set of pan-EU rules – Digital Services Act and Digital Markets Act for the digital services and tech giants.

UK communications regulator Ofcom will look into the conduct of social media platforms and firms and will also have the power to fine them if they fail to meet their duty of care. Besides, senior managers and executives will also be held responsible for a criminal offence for senior managers.

Launched earlier this month, the UK’s Digital Markets Unit (DMU) has been formed to help the government in drafting laws as it intends to function as a watchdog for big tech.

Catherine Batchelor, head of the DMU, said the unit would oversee the government’s aim of fostering competition in digital markets. Explaining the issue, she said the government needs a new approach to regulate the ever-expanding digital market because of the changing global dynamics.

Giving an overview of the unit, Batchelor said a new approach is needed to regulate digital markets in the UK owing to changing dynamics.

According to a study by KPMG, tech’s job market is growing at the fastest pace in two years in the UK. On the other hand, another report published by totaljobs, and Jobsite has highlighted that the technology sector is grappling with a skills shortage. And the crisis has worsened post Brexit. Around three of 10 IT workers believe their firms needs new talent to handle the increased work and boom in the sector.

The totaljobs report stated that various factors that are slowing down the tech sector, like an aging workforce, lasting effects of the Covid-19 pandemic. The survey highlighted that the industry needs a workforce with specific skills like knowledge in artificial intelligence, IoT. But at present, hiring managers have been an uphill task.

Experts feel that due to shortage of skilled workforce, tech companies should take strategic approaches to resolve the issue. They feel that nowadays employees and professional look for non-monetary benefits such as flexible work timings, on-the-job additional skill training and career progression. Besides these, a couple of other strategies suggested are:

As the economy is slowly getting back on track post-lockdown, the tech sector is storming ahead as compared to sectors like manufacturing and hospitality. The UK FinTech sector is one of the few that progressed well during the pandemic and also remained the most investable start–up sector in Q1 2021.

The year 2021 started off on a strong note, with investment levels growing 153% from Q4 2020 and 331% from Q1 2020, highlighting the increasing appetite of investors and also renewed confidence in the UK tech sector, following a turbulent year and long-term impact of Covid.

Experts feel that now investors are becoming less risk-averse and returning to invest as per the pre-pandemic levels. Four of the five biggest deals in 2021 were secured by FinTech companies.

Though London is still Europe’s most active stock exchange, it has faced challenges after the UK’s departure from the EU. Many firms have quickly moved to Amsterdam and Paris after the post-Brexit rules, which came into force from 1 January.

But the momentum behind tech firm IPOs is gathering speed yet again. In Q1 2021, the stock market listings raised more funds than any first quarter since 2007, EY said. Boris Johnson’s government is betting hard on the booming IPO market to create jobs for bankers, money managers and others in a bid to support the financial-services sector.

In 2020, 40% of IPO proceeds were raised by tech and consumer internet companies. The London Stock Exchange saw debuts of some of the superstars, like THG and Kaspi, in the FTSE market, and aspiring scale-ups, like Kooth, Calnex and Fonix at the AIM. Eight unicorns launched their IPOs and raised £3.1 billion combined. The year 2021 has already seen the debuts of Moonpig, musicMagpie, PensionBee, tinyBuild and Trustpilot.

In a bid to compete with the New York Stock Exchange, the UK government hinted at relaxing stock-listing rules in a bid to attract more tech companies. The change in rules, which will be cleared by the Financial Conduct Authority, will help London’s underperforming stock markets – which are more focused on old-line companies in sectors banking, energy, and mining – get a new dimension.

Kunal Sawhney is founder & CEO at Kalkine. He is a richly experienced and accomplished financial professional with a wealth of knowledge in the Australian Equities Market. Kunal obtained a Master of Business Administration degree from University of Technology, Sydney. He has an extensive expertise in quantitative and qualitative stock selection practices, and he proficiently navigates on equity related matters while enabling them achieve success in complex market conditions. Kunal features as a guest speaker at various equity research platforms and news channels on a regular basis, sharing his valuable insights on the subject. His firm provides holistic view of stock investment recommendations to retail investors with respect to financial performance, strategy, and industry catalysts. The firm looks for stocks that are out of favor with the market and a combination of tangible and intangible aspects is used for stock picking with a great focus on income and growth portfolios. Kunal is featured regularly on CNBC, Sky Business, Sydney Morning Herald, Australian Financial Review, Yahoo Finance, Bloomberg, Global Banking and Financial Review and many more.